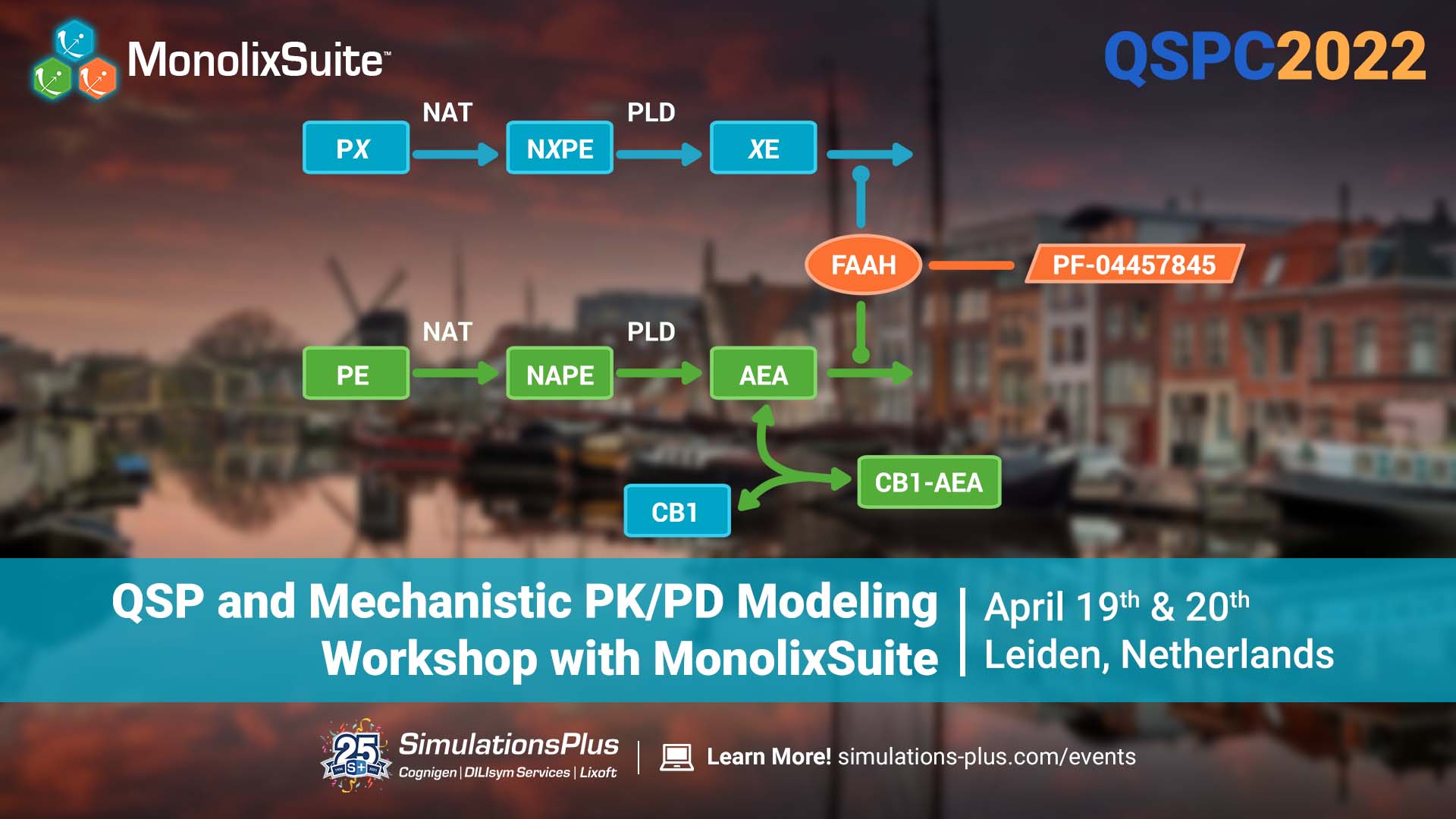 Lixoft is running a 2 half-days hands-on workshop on quantitative systems pharmacology (QSP) and mechanistic PK/PD modeling with the MonolixSuite, as a satellite event of the Quantitative Systems Pharmacology Conference 2022 (QSPC2022). The workshop will take place on Tuesday the 19th (afternoon) and Wednesday the 20th (morning) of April (just before the QSPC starting on the Wednesday 20th afternoon), in Leiden, Netherlands, 5 min away from conference venue. This is not an online event.
The MonolixSuite offers an integrated and powerful framework to implement, fit, diagnose and simulate QSP and mechanistic PK/PD models. The workshop will alternate lectures and hands-on sessions. After an introduction to the goals and advantages of QSP models, the setup of QSP models in Monolix will be explained and exemplified using a representative data set. Participants will have the opportunity to practice the implementation of a QSP model and the estimation of its parameters from clinical data. The calibrated model will finally be used to answer precise research questions via simulations.
No prior experience of the MonolixSuite is required. Temporary licenses for the MonolixSuite will be provided.